Bianna Golodryga: Who Created Donald Trump: An Enigma of the Ages 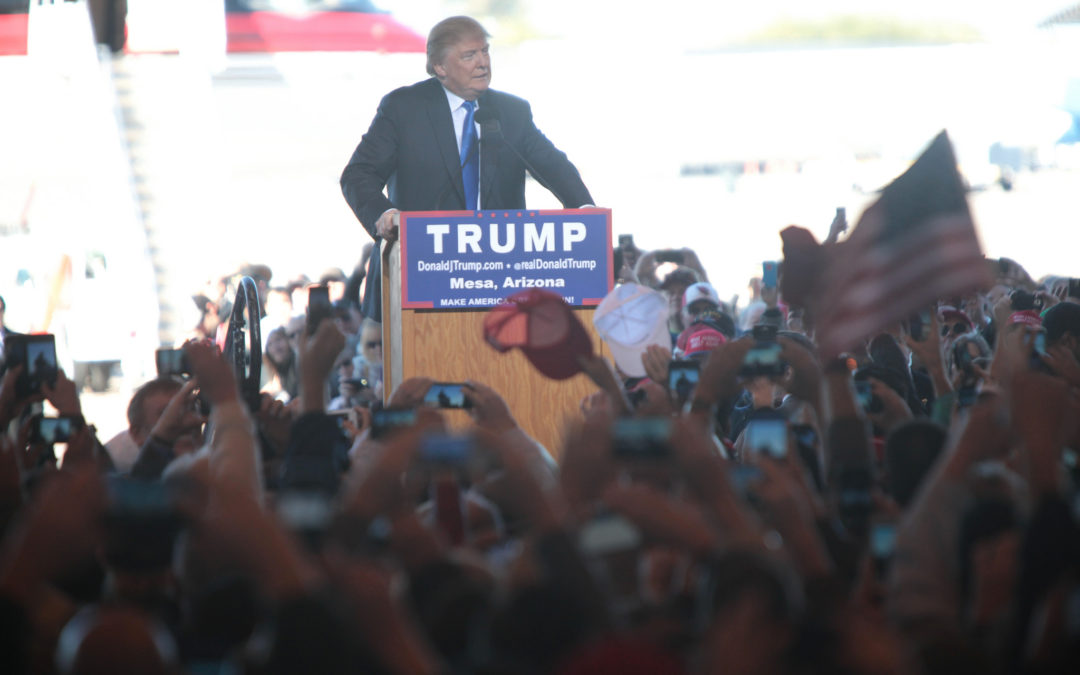 Though Donald Trump has had enough charm to woo American voters — all the way to frontrunner status, no less — the spell of his bombast only extends so far. Politicians, pundits, and everyday joes and janes on both sides of the aisle have expressed shock at the power of Trump’s supporting mass. If the present political climate is indicative of issues we knew existed, no one predicted they would manifest quite in this way.

This leaves pundits pointing fingers — not only at Trump, whose own fingers are dangerously close to the Oval Office — but at each other, at voters, and at the social and political forces that have contributed to the Donald’s ascension and appeal.

Laying blame may be a fool’s game, but in a democracy one thing is certain: candidates that triumph reflect the populace that propels them, and on a broader level, the nation as a whole. In other words, one way or another, Donald Trump is a product of American culture. But though his rise a phenomenon is being examined ad nauseam, no one can agree who bears the most responsibility.

If you Google “Who created Donald Trump?” you’ll get a variety of results, all neatly explained in boxy paragraphs churched through publications by journalists and thought leaders. As if Donald Trump were a monster and a “fill in the blank” Dr. Frankenstein himself, the fight to indict him as a beast manufactured by a sinister but confused entity is a plague in and of itself. Conservatives and liberals alike a quick to eschew responsibility; instead, they theorize endlessly of scenarios in which they are guilt-free.

Of course, the only true creators of Donald Trump are his parents and himself. The actual question is not where he came from, but rather how it came to be that he so quickly and deftly became a Republican frontrunner and probable nominee for the titular role of Commander in Chief.

Though the truth is more complicated than any individual can parse out, perhaps clarity will come in shedding light on the usual suspects.

First, many are blaming the GOP and the Republican Party. Their perceived failure to deliver for struggling working-class voters led many Americans to resent the establishment and its stale promises, its devotion to donors and ideology over the needs of the people.

So when Donald Trump slams his opponents, it resonates. Rolling Stone contributing editor Matt Taibbi, who I spoke to recently about his article, How America Made Donald Trump Unstoppable, agreed with this sentiment in a recent Yahoo News segment.

Trump’s views and policies clash with mainstream republican policies. “The Republican party’s mistake was to assume that ideology meant a lot more to voters than it does,” Taibbi said. “There’s a lot of anger without ideology out there.”

That this anger is stronger than conservatism is a vein that Trump has tapped into.  “This electorate has been ready for a message like his,” Taibbi said.

Though much Trump’s message is factually inaccurate — 69 percent of his claims are false, by Politifact’s reckoning — what he says about his opponents and the country rings true to voters that share his feelings.

But for every finger pointing right, there’s another pointing to the left: President Obama in particular has been a popular target. The theory is that seven years of an Obama Administration — leadership decried as nuanced, cool, and yes, weak — of course voters would go for the exact opposite: a hot-headed, blunt demagogue-type strongman.

Others blame progressive ideologies — in particular, political correctness and so-called “social justice warriors” — for Trump’s rise. With progressives focusing more intently than ever on the grievances of minorities, Trump provides a voice for white grievances, however ill-advised they may be. Trumpism is an overreaction to an extreme progressivism that feels threatening and belittling to many.

Trump’s voter base — mostly white and working class — feels left behind by Republican establishment and attacked by progressive principles. In Trump, they see a denial of political correctness and political corruption all at once.

But perhaps as much as or more than any specific party is at fault, the media is too. Specifically modern media, or what Yahoo’s senior political reporter John Ward calls “the rise of entertainment culture — where “We’ve gone from a print-based to a tv, image- and emotion-based culture.”

With 24-hour news cycle available on mobile, TV and computer, and the democratic nature of the Internet, Trump’s message has been able to proliferate unhindered by journalistic takedown — and probably even propelled by it.

According to Taibbi, Trump has been able to exploit flaws in our electoral system. “The main flaw is that the media cannot resist a story like him…. In this case, the media’s negative attention on Trump has only made voters like him more…. He’s turned this into a circus and a car wreck that has worked in his favor.”

That’s not to mention how left- and right-leaning news outlets and blogs thrive upon polarization and moral outrage, which drive views and clicks as much as they do extremist beliefs.

It’s easy in hindsight to condemn the specific conditions that lent power to Trump so far this election. Perhaps part of the reason we’re probing post-mortem is because of how stunningly wrong experts have been in their projections.

“Pundits and political observers expect that you can’t win without institutional support of all these elite organizations,” Taibbi said in our conversation. “He doesn’t have any ground game. He speaks directly to voters through the media. He’s a reality TV star that has massive 100 percent saturation with voters.”

But the decline of institutions has eroded the power of what Ward calls “smoke-filled rooms,” wherein elitists make political decisions in private, that kept walls between extremist candidates and the mainstream. That barrier has been essentially erased, and nobody can tell what’s coming next.

“Anything is possible. The hallmark of this election season is that it’s been so unpredictable,” Taibbi continued.

A brokered convention could choose another candidate, but this would play into Trump’s condemnation of the establishment that has resonated so acutely with voters. If Trump does indeed win the nomination, faced against Hillary Clinton, Taibbi reckons that we could witness “the ugliest, dirtiest fight in a general election campaign than maybe we’ve ever seen.”

Maybe who or what created Donald Trump doesn’t matter as much as who or what will destroy him, or else deliver him the keys to the White House.