Bianna Golodryga: Which American Politicians Have Switched Parties? (This List Will Surprise You!) 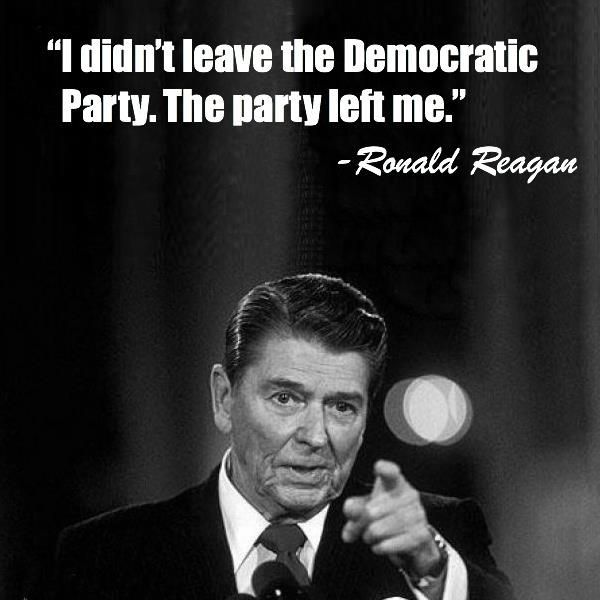 It’s not uncommon for politicians in the U.S. to switch party affiliations. Many of our best American leaders and legislators have done so. While some well-known politicians switched parties in early adulthood, other American leaders have defected from one side of the aisle to the other while serving in office.  In some ways, American politics is a study in contradictions: Americans view bipartisanship and independence as virtues, and yet, Americans also value party loyalty and political consistency. “It’s odd that parties are sacrosanct to so many people now,” says Ted Widmer, a historian at Brown University.  Our current party landscape seems unexpected, “[Especially when you consider] how little the founders liked them or how fluid they have been in American history.”

Here are six American politicians who have switched parties at one point or another. The list may surprise you.

U.S. Senator, South Carolina (1954–2003)
Thurmond first gained national attention in 1948, when he ran for President as a “Dixiecrat” candidate who opposed racial integration and championed states’ rights. Thurmond went on to serve in the U.S. Senate, representing his home state of South Carolina for nearly 50 years. His opposition to the Civil Rights Act of 1964 moved him to switch parties and register as a Republican. Despite his opposition to desegregation and his record-breaking filibuster (which lasted over 24 hours) in 1957 to protest proposed civil rights legislation, Thurmond always insisted he wasn’t bigoted or racist. Rather, as Thurmond put it, he was merely opposed to what he believed was excessive reach of the federal government. 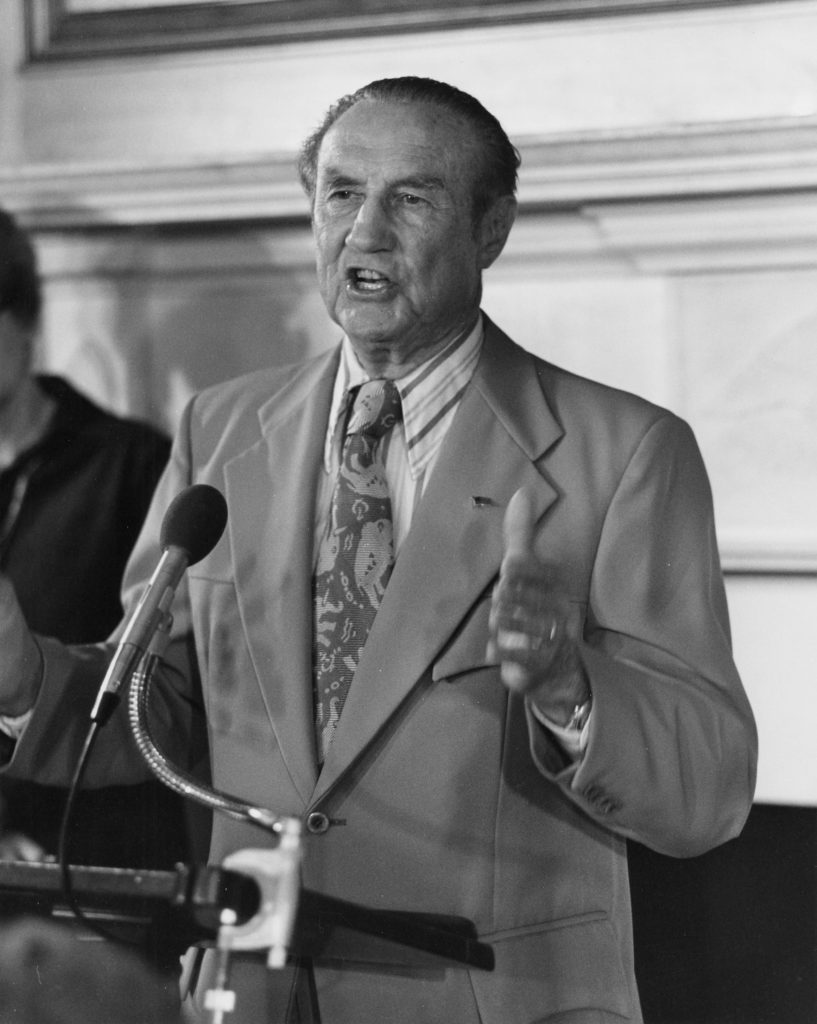 National Security Advisor (2001–2005); U.S. Secretary of State (2005–2009)
Many Americans are surprised to learn that Condoleezza Rice was a registered Democrat until 1982. Though Rice voted for Jimmy Carter in the 1976 presidential election, she became disillusioned by President Carter’s foreign policy–especially his handling of the Soviet invasion of Afghanistan. Rice switched parties in 1979, voting for Ronald Reagan in the presidential election the following year. Rice spoke publicly about her decision to switch parties at the Republican National Convention in 2000. Her decision to register as a Republican, she said, was partially inspired by her Dad: “My father joined our party because the Democrats in Jim Crow Alabama of 1952 would not register him to vote. The Republicans did.”

Condoleezza Rice poses with her parents on campus at Denver University in the early 1970s. [Photo: transforming.du.edu]

First Lady of the United States (1993 – 2001) U.S. Senator, New York (2001-2009); U.S. Secretary of State (2009-2013)
Hillary Clinton grew up in Chicago, where she was raised in a politically conservative household. Clinton was already politically active at a relatively young age; as a teenager in 1964, she campaigned for Republican presidential candidate Barry Goldwater. As a college student, she even served as president of Wellesley’s Young Republicans Club and attended the 1968 Republican National Convention in Miami. Clinton’s views had evolved by the time she graduated from Wellesley. She switched her party affiliation and registered as a Democrat, a party to which she’s been loyal ever since. 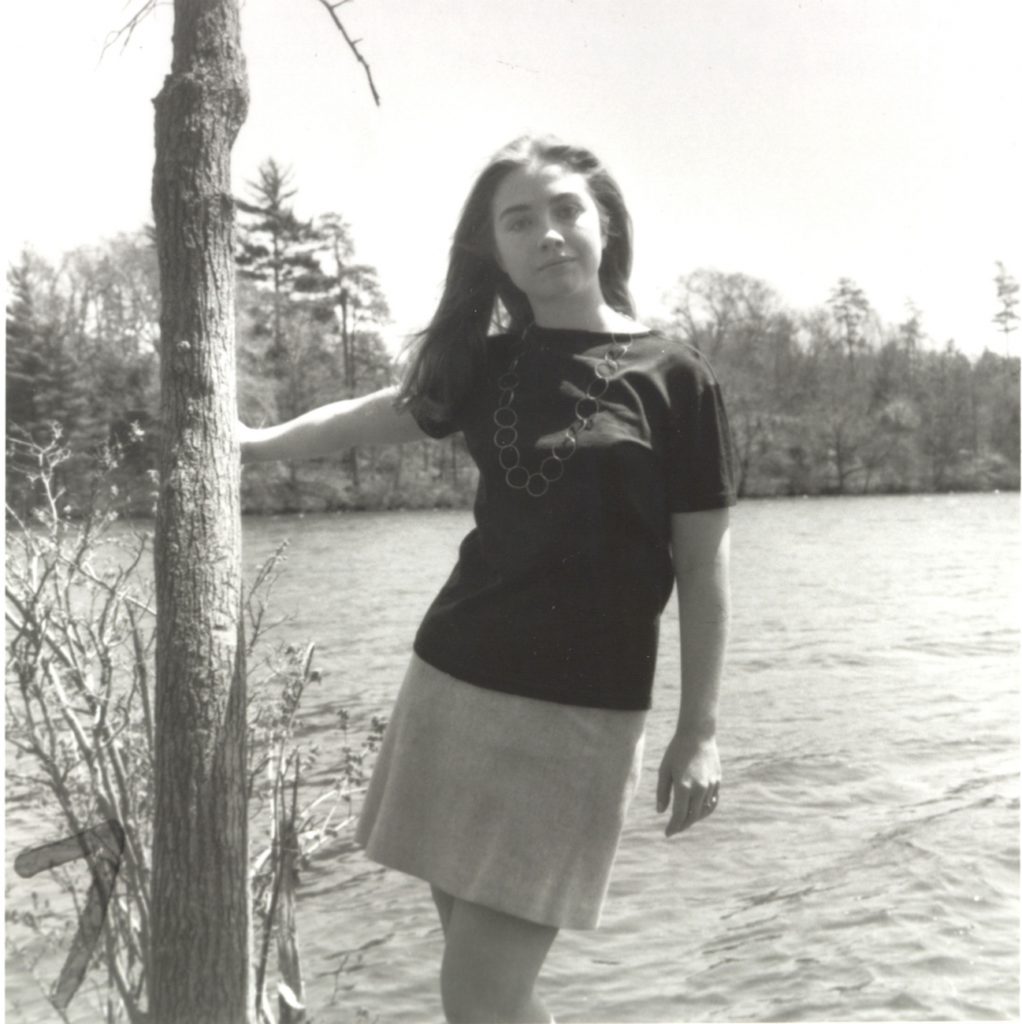 NY State Assemblyman (1882-1994); Asst. Secretary of the Navy (1897-1898); Governor of New York (1899-1900); U.S. Vice President (1901); U.S. President (1901-1909)
Two years after finishing his second term as U.S. President, Teddy Roosevelt announced his plans to run for President again, for a third term, in 1911. Roosevelt’s best-laid plans went astray, however, when William Howard Taft secured the Republican nomination. Determined to run in the election, Roosevelt formed the Progressive “Bull Moose” Party. Although he eventually lost the election to Woodrow Wilson, Roosevelt’s third-party campaign siphoned a number of his liberal supporters away from the Republican Party. Some historians contend that this had the unintended effect of making the GOP more conservative in the years that followed. 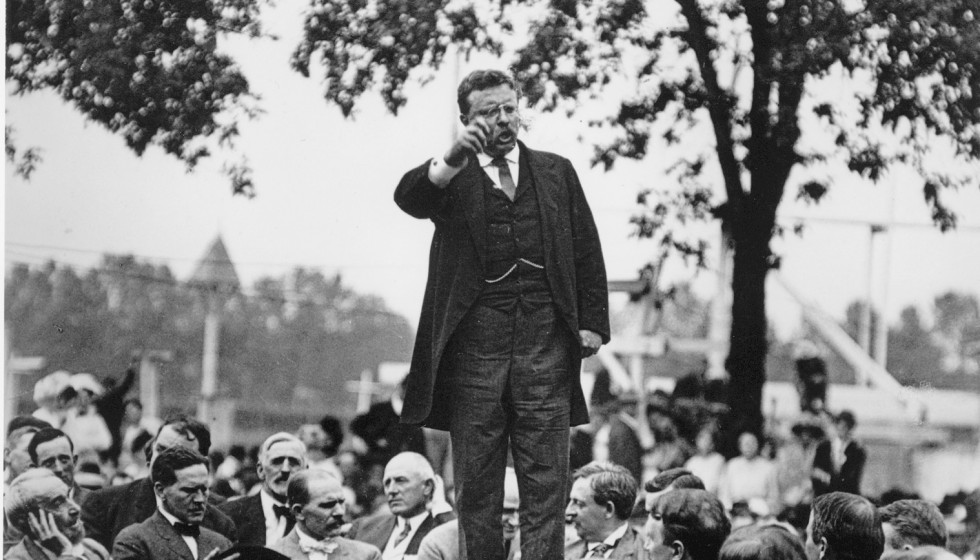 Theodore Roosevelt hits the campaign trail as a member of the Progressive ‘Bull Moose’ Party in 1912. [Photo: Pew Research]

U.S. Senator, Massachusetts (2013 – present)
Senator Elizabeth Warren wasn’t always the face of progressive politics. Although we now know her as a liberal icon and powerful Democratic voice in Congress, this wasn’t always the case. Warren grew up in Oklahoma, where she identified with political conservatives and voted Republican due to the pro-business stance of the Republican Party. It wasn’t until 1996 that Warren would switch her political affiliation to the Democratic Party. She ran unopposed to secure the Democratic nomination to run for Senator of Massachusetts in 2012, ultimately winning the seat from incumbent Republican Senator Scott Brown. 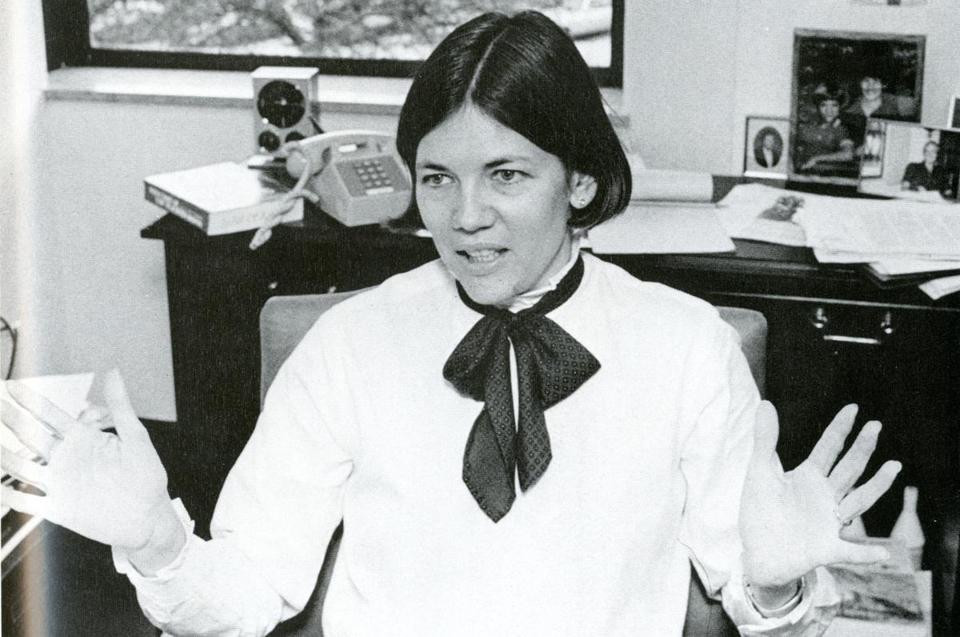 Elizabeth Warren in 1986, as a law school professor at the University of Texas – Austin…and a Republican. [Photo: Tarlton Law Library]

Governor of California (1967-1975); U.S. President (1981-1989)
Because Republicans tend to put Ronald Reagan on a pedestal as the model of what the GOP ought to be, many Americans find it hard to reconcile Reagan’s present-day status as a conservative legend with Reagan’s earlier roots as a movie star out of left-leaning Hollywood. Growing up, Reagan supported FDR and even tried to persuade Dwight Eisenhower to run for President as a Democrat. Reagan, the President of the Screen Actors Guild before running for Governor of California in 1966, was a staunch anti-communist and worked to “protect” the actors’ labor union from communist influence. His support for political candidates who shared his anti-communist views eventually led him to switch parties in 1962. It is worth noting that Reagan’s earlier Democratic views (e.g. his firmly-held belief that the world should be free of nuclear weapons) remained with him throughout his presidency in the 1980s. 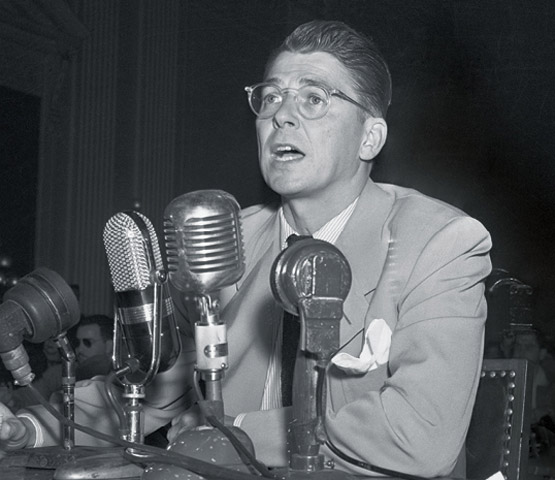 Ronald Reagan, then-President of the Screen Actors Guild, testifies at the HUAC (House of Un-American Activities Committee) hearings in 1947. [Photo: Library of Congress]