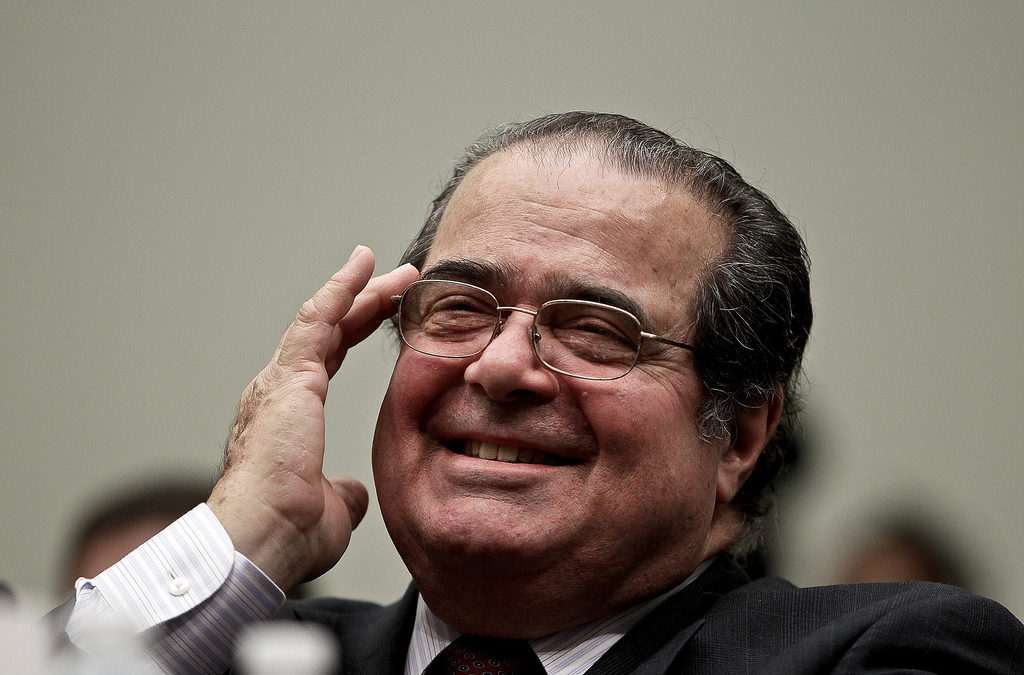 On February 13, the Supreme Court lost its most animated dissenter, Justice Antonin Scalia. His family mourns the loss of a husband and father; the country, one of the most influential judges in history and an intellectual anchor of conservatism. Were the American constitution not “dead, dead, dead” by Scalia’s own interpretation, it too would likely mourn one of its greatest defenders.

Found dead in bed of natural causes following after an afternoon of quail hunting, Scalia leaves behind a legacy like no other at a time like no other. More importantly, he leaves behind a vacancy of enormous political significance: with the Supreme Court split 4 and 4 the winter before a general election, the stakes could not be higher. A partisan political battle over his replacement has begun to rage, proving that as large as he was in life, Scalia is perhaps even larger in absence.

With political polarization at a boiling point, the roles of the President and the Senate in choosing and confirming a successor are embroiled in controversy. It’s easy to see why: the newest Justice, when accepted, will undoubtedly rebalance the Supreme Court, whether slightly or drastically to the left or right.

Even prior to Scalia’s death, the possibility of Justice appointment played a crucial factor in the upcoming election, as the next president would likely be appointing seats as one or more lifelong justice appointees reached retirement age. But this notion had only been an abstract one — now that there is a tangible vacancy, it may just become the most important issues in the race.

Senate Republicans as well as GOP candidates have signaled that they don’t believe President Obama has the authority to nominate a successor, though technically speaking it is his constitutional duty. The process, as explained in my recent Now I Get It segment for Yahoo News, plays out as such: the President selects a nominee, the Senate Judiciary Committee sets a hearing for questioning, and then the Senate votes. At least 60 votes are needed to proceed to confirmation. This is especially difficult when the Senate’s dominant party is opposite the President’s, as it is today.

“We’re looking at a real doozy of a political fight,” Olivier Knox said. “If [President Obama] could get someone, a progressive onto the court, it would shift the balance of the court, which has been going rightward for a long time.” On the other hand, Knox admits, “If he could nominate someone that the Senate would play a major political price by blocking, that could help him out.”

But Fitzpatrick, a law professor and former clerk under Scalia, is not sure it’s in anyone’s best interest to nominate a successor before the election. “It seems to me a very unusual situation… the President has every right, I think, to nominate someone if he wants to but the Senate also has the right to do what it wants to do in confirmation.”

Waiting until the election would allow the next president to choose a more conservative or progressive candidate; in today’s climate of gridlock, only a moderate candidate would have the slightest chance at confirmation.

But would Scalia have cared for political expedience over the constitutional duty? Elizabeth Wydra argues that as a constitutional originalist and textualist, he would not. “The constitution says ‘the President shall nominate and appoint with the Senate’s advice and consent” she said. “It’s [President Obama’s] constitutional duty which he has said he’s going to fulfill, and I think that’s the right thing to do here… There’s no good reason in our constitutional democracy for the president and the Senate not to be able to do their jobs.”

“There’s no good reason in our constitutional democracy for the president and the Senate not to be able to do their jobs.”

Though controversial, there is no tradition of leaving a Supreme Court vacant because of an upcoming election; leaving the seat vacant would prevent the court from doing the full work required of it. With cases they are considering now ranging from immigration to abortion, voting rights and unions, Wydra says, “the American people deserve to have a full Supreme Court [present to] consider and decide.”

The hope for cooperation

The Senate may have little choice but to block the nominee, however moderate or qualified he or she may be. With senators defending their seats in two dozen states in November, even hearing a nomination could be damaging to their support base.

Finding a candidate may prove difficult, regardless of outcome. “What kind of person would subject themselves to that?” Fitzpatrick pondered. “I think it’s going to be hard for the President to find a serious person who wants to go through a process that’s stacked against them.”

The situation speaks volumes to the gridlock and polarization that has come to characterize the American political system. Ironically, the Supreme Court has been the one branch of government to withstand this division.

“…it’s going to be hard for the President to find a serious person who wants to go through a process that’s stacked against them.”

“Politically, I would hope that the Senate could actually look to the Supreme Court as an example here,” Wydra said, “because the Supreme Court has the highest approval ratings of the branches of government.” Justice Scalia’s own surprising friendship with progressive Justice Ruth Bader Ginsburg and lifelong craving for intellectual challenge is a testament to this as well.

New Jersey Junior Democratic Senator Cory Booker, who I interviewed recently, echoed this sentiment. The current climate, he said, is “contributing to what I think is the disintegration of… civility, of bipartisanship in the Senate.”

Booker, a fervent Clinton supporter, recently published a book called United: Thoughts on Finding Common Ground and Advancing the Common Good on the importance of making bipartisan decisions in advancing the country as a whole. “The reality is this country is great because we find ways to work together,” he said. “What’s being celebrated now only weakens us, weakens our bonds, our ties, and the fabric of the country.”

Booker has hope still, though logic points to the probability that whoever President Obama puts up will be blocked uncategorically.

One could certainly describe the rejection of constitutional order, using Scalia’s own terminology, as “pure applesauce.” The Justice’s richness in color, passion, and humor will certainly be missed in his absence — if not some of his less charitable traits. But the longer this vacancy remains, the poorer we will all be served by America’s jammed up political wheels.