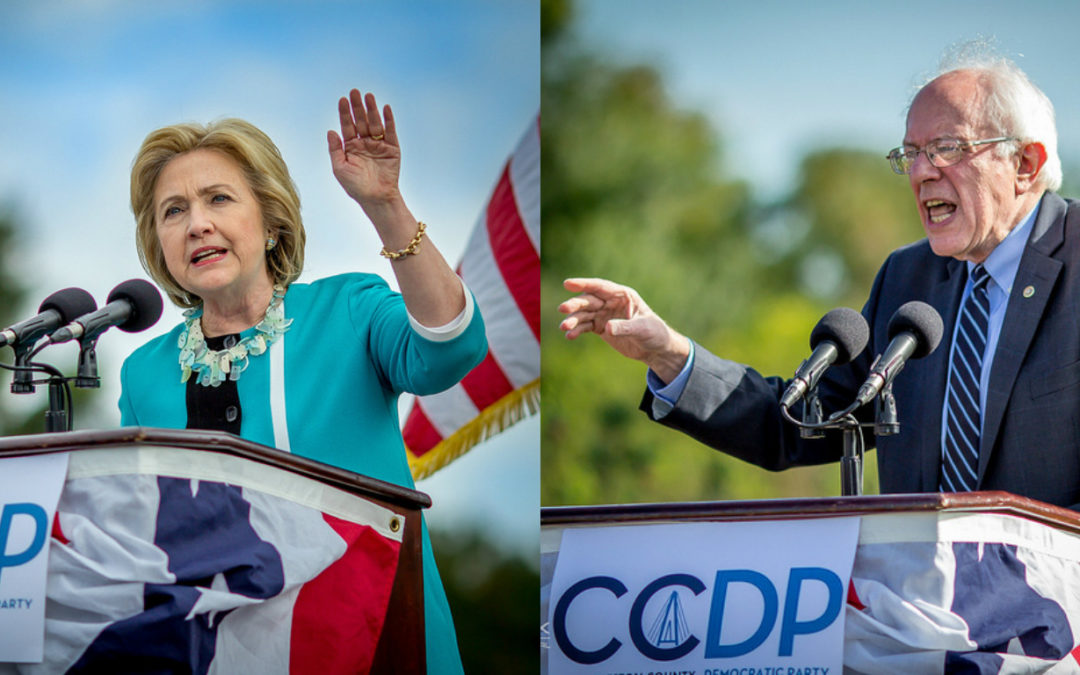 With the primaries well under way, the 2016 election is becoming more of a nail-biter with surprises at every cuticle. This time last year, nobody could have predicted Donald Trump would be a consistent frontrunner and increasingly probable nominee for the Republican Party. The GOP race, indeed, has been full of twists and turns — but the Democratic side has experienced surprising dips of its own.

Hillary Clinton’s frontrunner status was never a shock; it seemed written in the stars that her candidacy would be propelled by the steam of her own legacy and that of her husband, not to mention the fearful scorn of her Republican opponents. That her lead would be so closely followed by Bernie Sanders, the self-described democratic socialist Senator of Vermont, has been the real wonder. Many are shocked that Sanders and Clinton tied in Iowa, and Bernie beat her by 20 points in New Hampshire.

Numbers are bound to fluctuate, and it remains to be seen whether Sanders’ chances are enough to challenge the Clintons’ taut grip on the party in other states. But Sanders’ relative success begs a deeper dive into the people propelling each respective candidate: their donors and supporters.

Famously, Bernie Sanders does not have a super PAC — in fact, he’s the only presidential candidate to opt out of the shadowy but powerful fundraising pools. Bernie’s anti-establishment rhetoric has resonated with young people of both genders, skewing only slightly male to Clinton’s female edge. 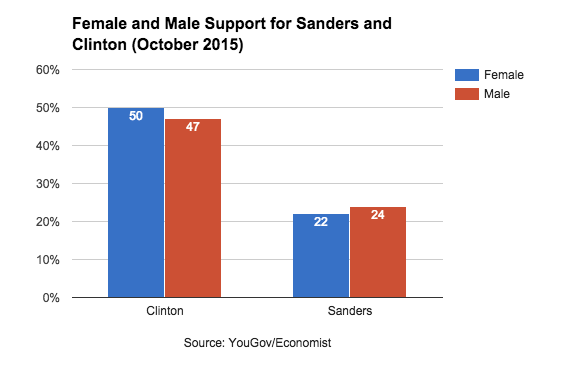 Sanders’ supporters lean young and progressive, while Clinton’s are older and more moderately liberal. The 18 to 29 crowd is the only age group where Sanders supporters almost match Clinton’s, according to a YouGov/Economist poll. Clinton fares especially well among those aged 45 to 64, and almost as well in the above and below age brackets. 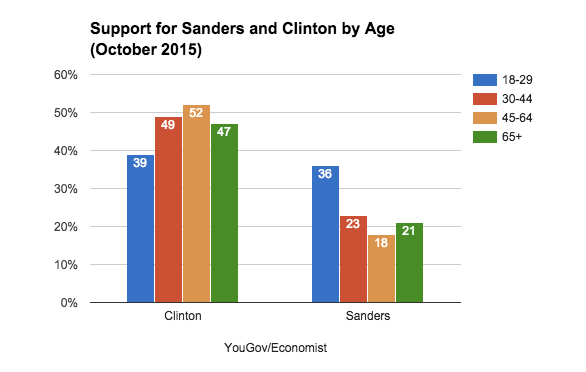 Clinton also notably has the support of minority voters, who generally tend to be less socially progressive than white democratic voters. Some of this support she may owe to Bill, who curried favor among minorities when elected in 1992 and 1996. 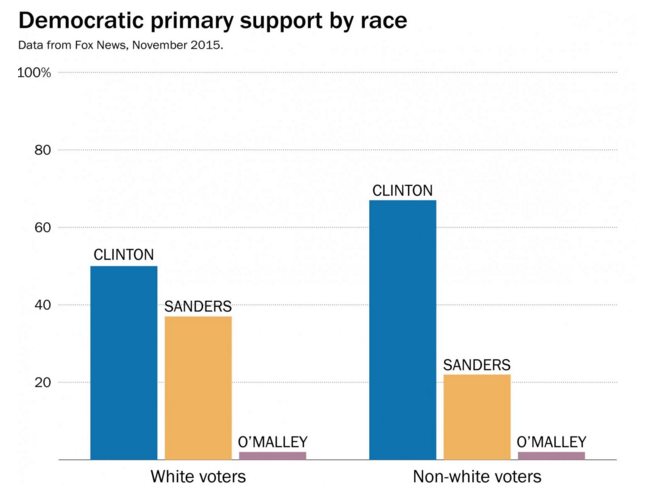 When it comes to donations, a more detailed picture of support and more importantly, funding, can be illustrated with the right data. OpenSecrets.org has the breakdown on individual donors in terms of gender and amounts donated.

A majority of Sanders’ donations come in the form of smaller donations of $499 or less, from more male than female donors. In Clinton’s case, female donors overtake male donors by a hair, with most individuals having given much larger donations at $2700 or more.

These statistics do not include PAC numbers or donations from larger entities like corporations and organizations. Though there is no accurate and available data for the upcoming election alone in this regard, speculation can be drawn from the candidates’ top donors in the past. Often cited against Hillary, Bernie’s top supporters are unions, as opposed to Clinton’s big bank contributors.

According to PolitiFact, Clinton’s top donors between 1980 and 2016 were:

Clinton’s support and funding is clearly robust. With the majority of supporters in all age groups, among both white and minority voters, it would be an uphill battle for Sanders to eclipse her. Donor demographics and sources also suggest that she has the support of wealthy institutions and individuals, a boon to her campaign in value if not in message.

Sanders’ has generated significant excitement, sometimes spanning party lines, and could flip potential Clinton supporters as his admittedly unorthodox policy ideas spread. As it stands, his message is appealing to those fed-up with politics as usually: he is perceived as more honest, passionate and consistent than Clinton. Thouh Hillary’s favorability has been tested due to her ties to Wall Street and the Obama administration, not to mention a widely scrutinized email scandal and Benghazi investigation, the numbers indicate her she still stands strong among her party.

In the end, donations and polls tell just part of the story; the rest is unfolding page by page with no spoilers in sight. As we’ve witnessed so far, more surprises are inevitable, and statistics can lie just as well as politicians. If nothing else, the race is likely to be an interesting one — whether or not the underdog has a chance at the ultimate prize.