‘No More Backbone Than A Chocolate Eclair’: The Best Political Insults of All Time 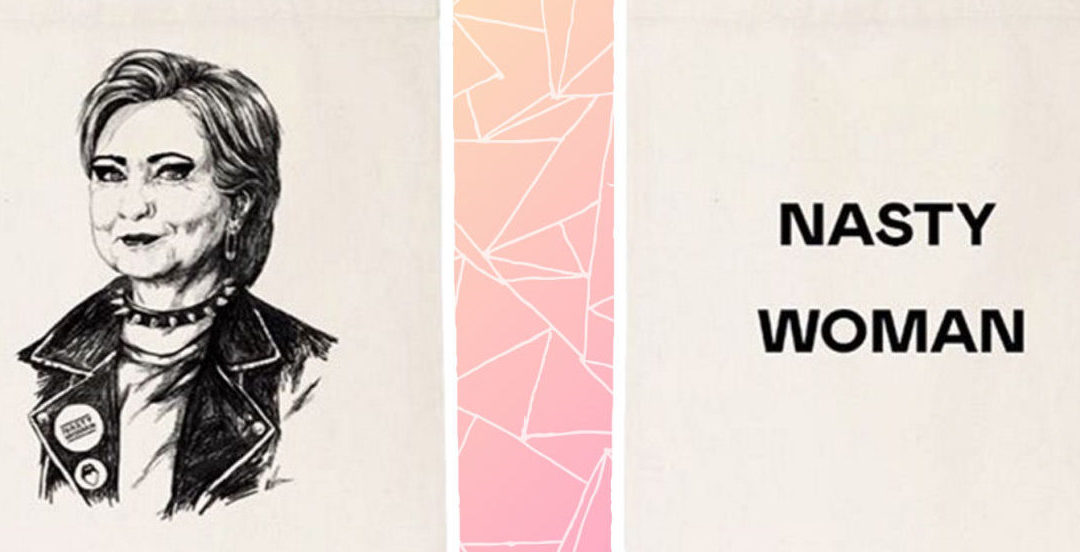 Mudslinging has always played a part in politics. The old political smack down tradition managed to sink to new lows earlier this year, back when “Little Marco” became Donald Trump’s nickname for the Florida Senator formerly known as Marco Rubio. More recently, Philippine President Rodrigo Duterte referred to President Obama as the “son of a whore” before attempting to substantiate the insult by explaining that he [Duerte] “calls everyone that.” And Nasty Woman has become a rallying cry for Hillary Clinton supporters who’ve had enough of Donald Trump’s sexist rhetoric.

Executing a quality political insult is a difficult art to master. Use words too mean or vulgar, and the abuser sounds malicious. Say something unimaginative, and the blow carries little weight. Too petty, and the media has a field day. Too distant from truth, and the barb won’t stick.

In the spirit of celebrating the near-conclusion (at long last!) of the mudslinging that has plagued the 2016 presidential election, I’ve compiled a list of superlative insults uttered by politicians throughout history. Here they are: the best zingers, comebacks, and cutting remarks that’ve come from the lips of our esteemed leaders.

Best Use of Subtle Innuendo

“He is a modest man with much to be modest about,” is how Winston Churchill once described U.K. Prime Minister Clement Attlee. The ambiguity of Churchill’s language works to blur the exact nature of his allusions. 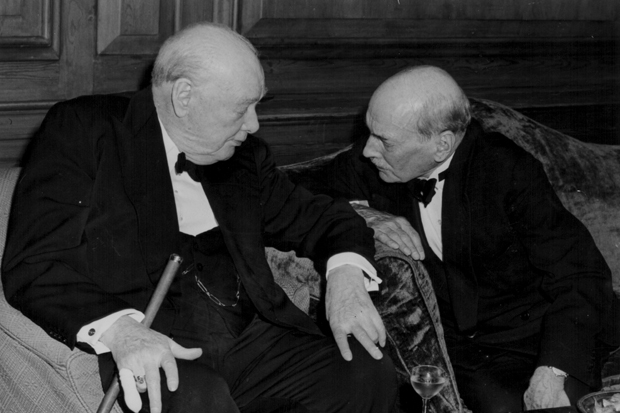 In 1996, Bob Dole had this to say of former Presidents Carter, Ford and Nixon: “History buffs probably noted the reunion at a Washington party a few weeks ago of three ex-presidents: Carter, Ford, and Nixon — See No Evil, Hear No Evil, and Evil.” 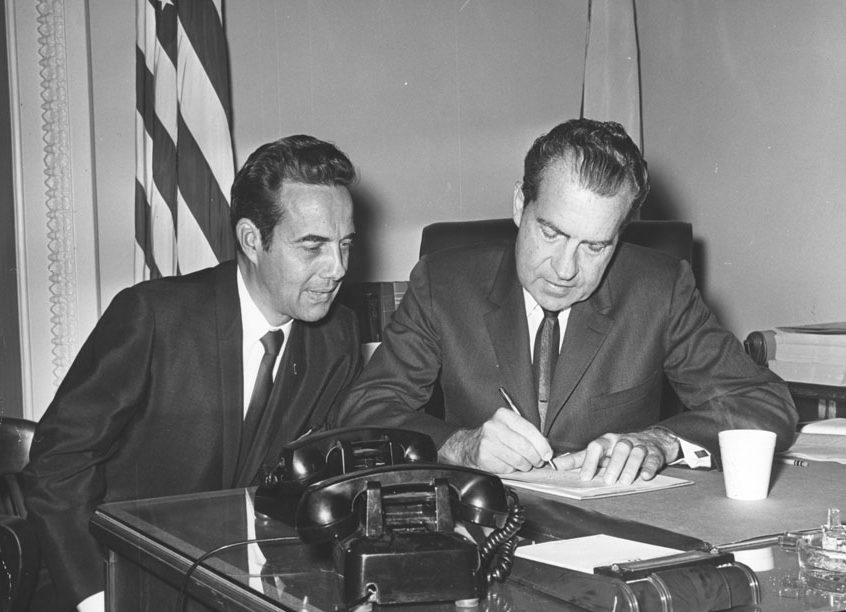 Best of the “Backbone” Genre

Then-Assistant Secretary of the Navy Theodore Roosevelt got creative when he likened President William McKinley’s scruples (or the lack thereof) to a pastry: “He [McKinley] has no more backbone than a chocolate éclair.” 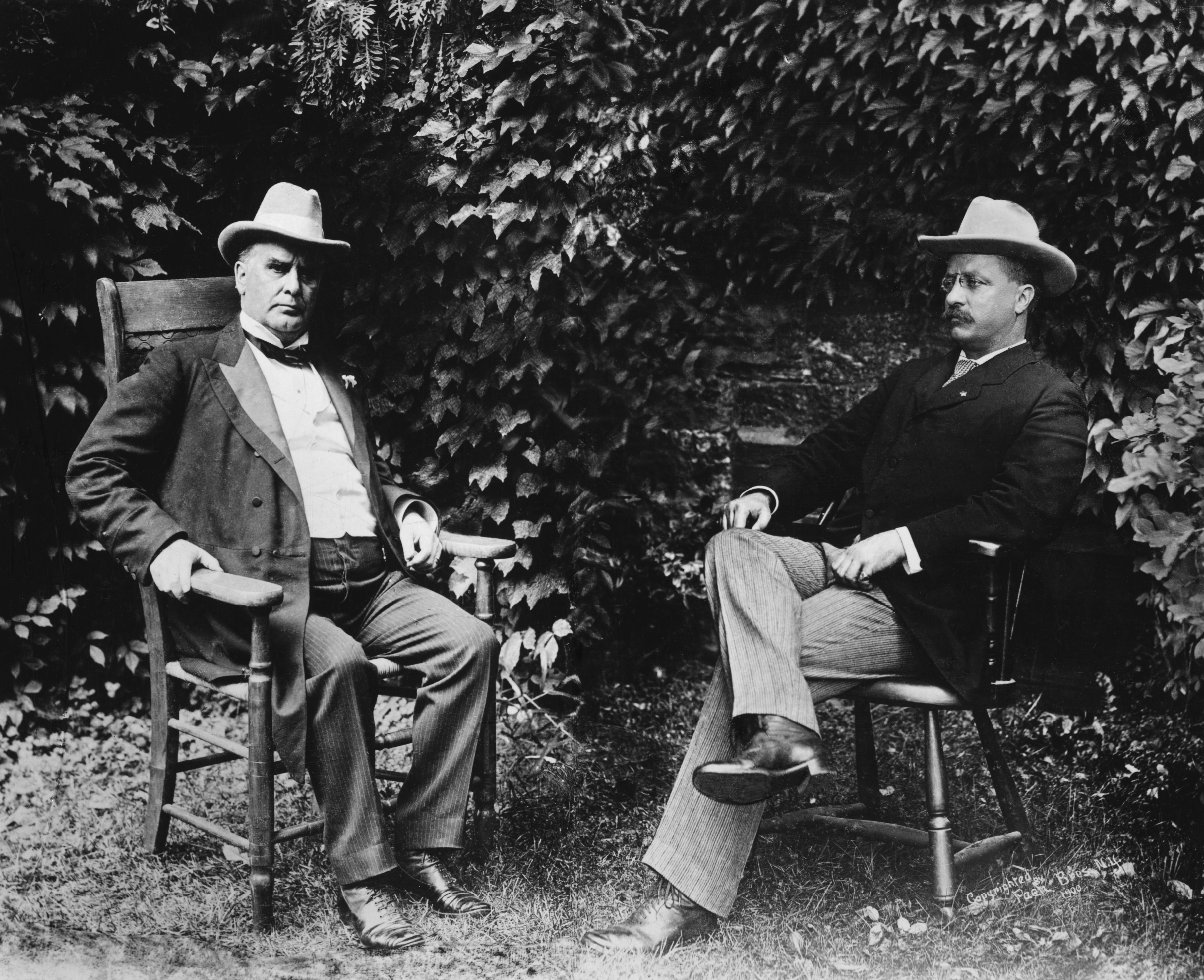 Abraham Lincoln showed an impressive mastery of language and imagery when he pointed out flaws in the logic of his political opponent, Stephen Douglas: “His argument is as thin as the homeopathic soup that was made by boiling the shadow of a pigeon that had been starved to death.” 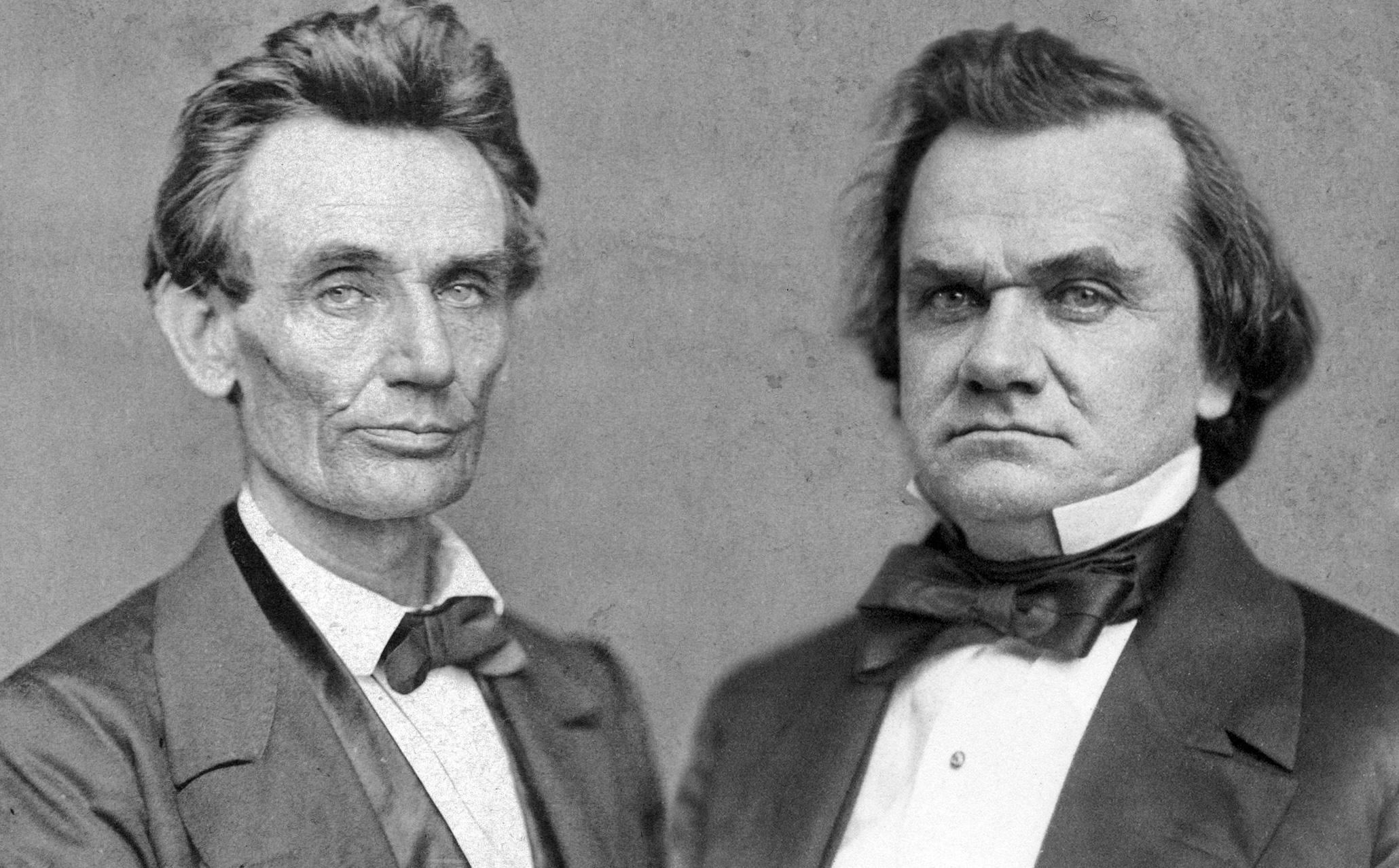 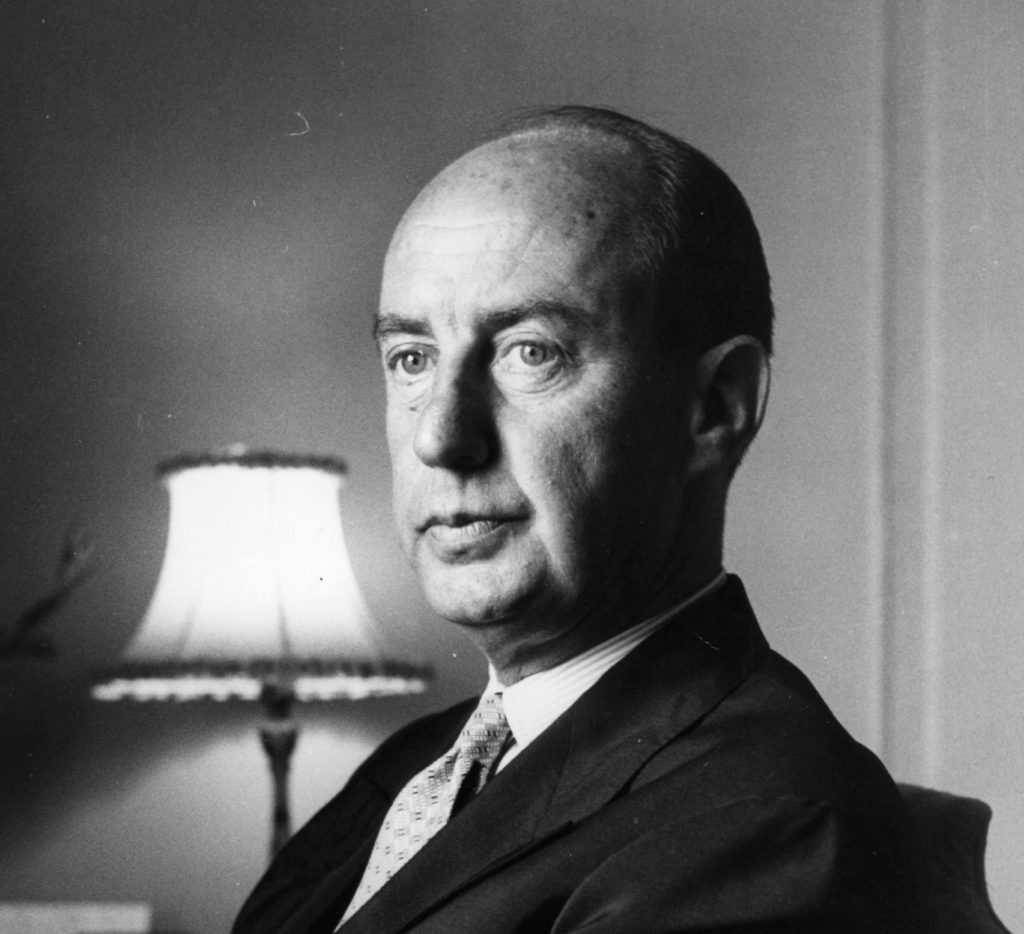 Adlai Stevenson was able to express quite clearly what he considered to be Richard Nixon’s hypocrisy. Stevenson described Nixon as “…the kind of politician who would cut down a redwood tree and then mount the stump to make a speech for conservation.”

Best Use of Rhetoric

In her Democratic National Convention keynote address in 1988, Ann Richards, who served as the Governor of Texas from 1991 to 1995, criticized George H. W. Bush for his sudden interest in the American future: “Poor George. He can’t help it — he was born with a silver foot in his mouth.”

Most Distasteful -or- Least Comic

Because of Silvio Berlusconi’s combative style and penchant for making inappropriate and vulgar remarks, his persona has been compared to Donald Trump’s. With Berlusconi’s reputation for throwing wild “Bunga Bunga” parties and proclivity to brag about his sexual prowess, the former Italian Prime Minister was the source of widespread incredulity and outrage in 2008 when he referred to Barack Obama–who had just become the first African American president-elect in U.S. history–as “young, handsome and suntanned.” It seems as if Berlusconi cannot wrap his head around the fact that racism isn’t funny. 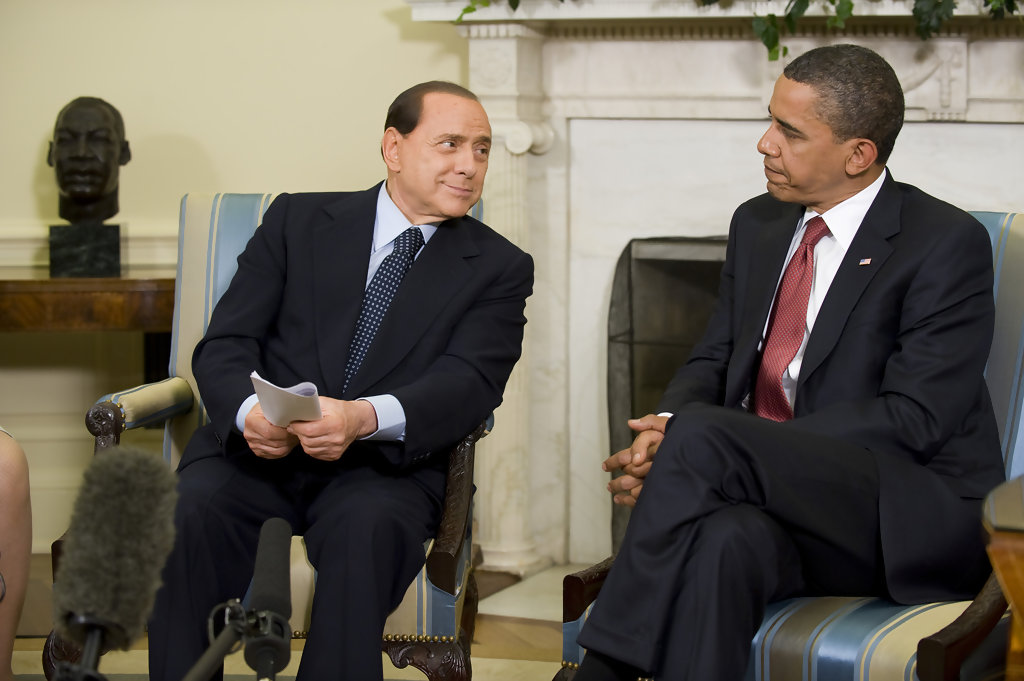 President Obama and Berlusconi in 2009.

The monikers coined by Donald Trump to belittle his political opponents–“Low-energy Jeb” (Jeb Bush), “Lying Ted” (Ted Cruz), “Little Marco” (Marco Rubio), and “Crooked” Hillary Clinton–propelled Trump through the GOP primaries and much of the 2016 presidential race. But Trump’s latest denigration, his calling Hillary Clinton “such a nasty woman,” has backfired. Following Trump’s derisive remark at the final presidential debate, Nasty Woman was swiftly reclaimed by Clinton supporters. Scores of online vendors have exploited the Nasty Woman misstep to sell merchandise in support of Hillary Clinton.