Bianna Golodryga: In a Clinton-Trump General Election, Anything is Possible 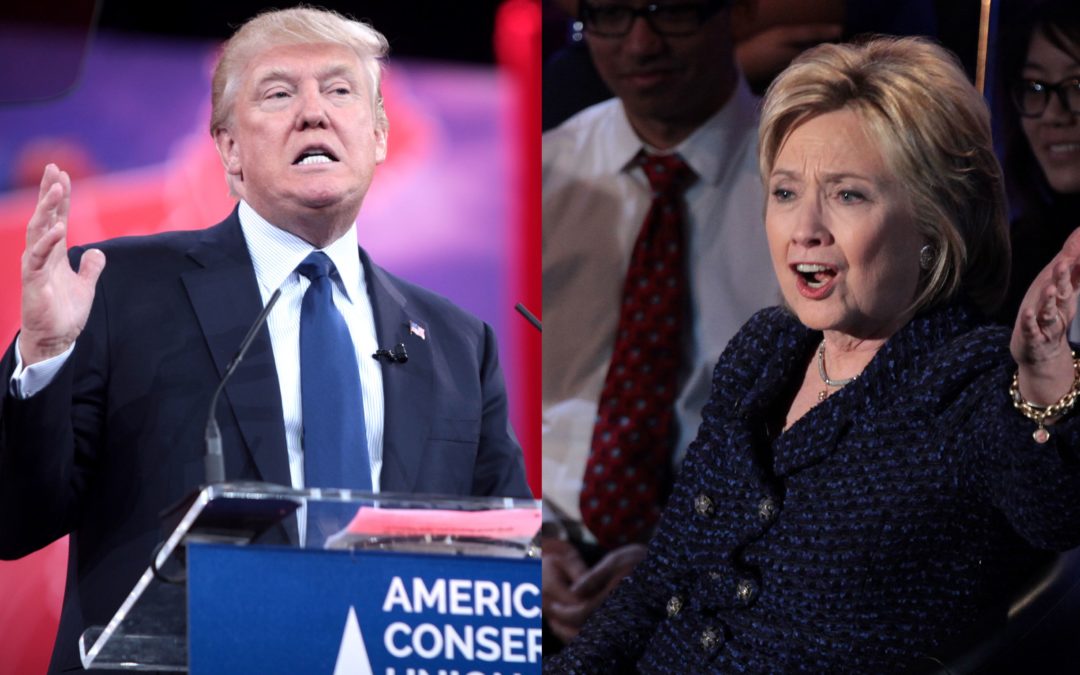 The pollsters got it wrong, and many experts did too: Donald Trump, reality TV star and billionaire businessmen, became the presumptive Republican nominee for the 2016 presidential election. This is a feat few predicted; in fact, it’s unlikely Trump himself would have believed it last year.

That Hillary Clinton was able to secure the Democratic nomination was less of a surprise. Still, now that the candidates have been officially whittled down, we have a firmer grasp on what the general election will look like. The result, as many have feared and expected for some time, is a potentially gnarly Trump vs Clinton match-up.

If one thing is clear, it’s that certainty is out the window. Could Donald Trump, an anti-establishment populist with no political experience, beat Clinton, a seasoned politician with years in office as New York Senator and US Secretary of State? At this stage very little is outside the realm of possibility.

Let’s take a look at how the two might match up in a head-to-head election. The predictions differ wildly depending on source, leaving our crystal balls foggier than ever.

The arguments for Clinton

Some have said that Trump is a gift to the Clinton campaign, and they may be right. Several earlier polls suggested that of the Republican candidates, John Kasich had the best (and only) chance of beating Clinton in a general election. It’s not difficult to see why: moderates make up an important segment of America’s voting base, and Trump’s message is especially alienating to those in the middle. Kasich’s, not so much.

NPR analysts give Clinton a 2 out of 3 chance of winning, while expert political prognosticators Larry Sabato and Nate Silver predict a Clinton landslide (though to be fair, the latter has underestimated Trump for many months.) Web-based political investment betting pools also quite literally have their money on Clinton.

Trump’s media attention may amount to billions in free advertising, but popularity doesn’t equate with likability. Trump is the most negatively viewed candidate in history with 67 percent of voters holding unfavorable views. Never has such a disliked candidate been able to win the presidency. Granted, Clinton herself tails him with 54 percent unfavorability, Trump is worse.

Slate’s chief political correspondent Jamelle Bouie argues that the factors that fueled Trump’s rise in the primaries are not applicable to a general election, in which we will see Trump attacked ruthlessly from all sides. During the GOP debates, there was a lot of agreement in sentiment and fear of party alienation — Democrats won’t hesitate to call him out on sexism, bigotry, and any other number of isms to sway undecided voters.

Already, polls suggest that 87 percent of Latino voters have a negative view of Trump, as do 80 to 90 percent of black Americans and 70 percent of women. Analysts predict that Clinton will ride these demographics to the White House; without them, it’s next to impossible to flip crucial swing states like Florida from blue to red.

Bouie says that since Trump in no way improves upon Romney’s failed 2012 campaign against an incumbent president Obama during a time of slow growth, the chances of him winning are slim. Today, the President’s favorability is at a three-year high, the economy is growing, and personal satisfaction has risen, creating a solid climate for a Democratic candidate.

The arguments for Trump

If Trump’s campaign didn’t improve upon Romney’s, the natural follow-up question is, does Hillary’s improve upon Obama’s? Obama ran a historic campaign that drew young people and minorities to the polls in record numbers. Without his charisma or the promise of hope and change, Clinton is unlikely to measure up.

Further, Trump does improve on Romney in some areas. His anti-establishment platform is the bread and butter of blue collar Americans spanning party lines, and his primaries yielded an unprecedented turnout that cannot be ignored. It’s the type of revolution Bernie Sanders wished he had.

Though Trump’s favorability among Republicans is middling at best, his resonance with the country’s white middle class may make up for it. The only thing that may make up for Clinton’s favorability among Democrats is the fear of a Donald Trump presidency, and the #BernieorBust movement makes it clear that even that won’t entice some progressives. If women and minorities don’t turn up for Clinton like they did for Obama, she could truly be in trouble.

Now consider Helmut Norpoth, a political science professor at Stony Brook whose election forecasting model has been accurate every time but once since 1912. The model predicts a 97 to 99 percent chance of a Trump presidency when matched with Clinton.

Scott Adams, Dilbert animator, also predicted a Trump landslide as early as August of 2015. In a world where famed statistician Nate Silver is wrong and a cartoonist right — as demonstrated by primary results — President Donald Trump makes sense. According to Adams, since when have voters been sensible, anyway?

Up in the air?

As both candidates are polarizing figures with baggage galore, it’s likely to be a doozy of an election. That said, there are many factors that could change things along the way: the economy, for starters, along with scandals and gaffes, terrorist attacks, and the results of the FBI’s email investigation.

Trump has said that he could shoot somebody and it would not affect his support. Though in jest, this remark represents a sobering truth: nothing he has said or done, however outrageous, has caused him harm. The same is not true for Hillary Clinton, whose reputation has been steadily chipped at by conservatives for decades. This alone is enough reason to worry that American politics as we have always understood them will fail to trump Trump.