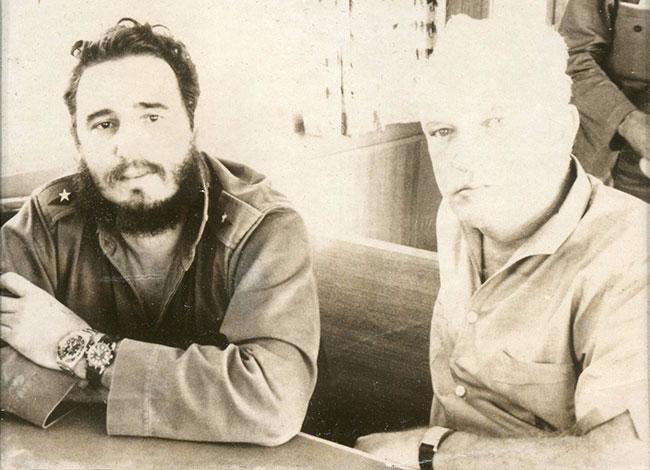 Many Americans and critics of President Obama are suspicious of the United States’ recent $400 million cash payment to Iran. The cash transaction between the U.S. State Department and the Iranian government coincided with the release of five American hostages who had been detained in Tehran under Iranian custody.

“Let me be clear: The United States does not pay ransom,” White House press secretary Josh Earnest told reporters earlier this week, after a greek chorus of Republican politicians referred to the U.S. cash transfer as a “thinly-veiled ransom payment.” The White House released a statement describing how the cash payment was part of a larger $1.7 billion settlement over an arms sale in 1979.

Longstanding diplomatic policy forbids the U.S. from paying ransom to hostage-takers. Paying ransom for hostages, as the logic goes, only encourages more hostage-taking, and this is why U.S. policy is so opposed to it. Many critics have voiced opposition to the United States’ firm stance against transacting in this way, though. It’s a contentious policy.

The U.S. State Department for decades has circumvented its ban on ransom payments by dispatching “freelance diplomats,” usually in the form of American politicians who have political clout and are well-liked in international circles. It’s a tricky kind of maneuvering. While prominent American figures have traveled to foreign countries on unofficial diplomatic missions to free hostages throughout American history, the U.S. began to employ this tactic more frequently during The Cold War.

As for the freelance diplomats, James B. Donovan’s deft handling of hostage negotiations during the Cold War set an example for Bill Richardson and the Reverend Jesse Jackson to follow in later years. Since the 1980s, both Richardson and Jackson have tallied an impressive number of successes on America’s behalf (and they continue to serve the U.S. in this capacity). Here is a timeline summarizing the most notable examples of freelance diplomacy since 1960.

Apr. 1962 – Amid Cold War tensions between the U.S. and Russia, New York lawyer James B. Donovan negotiates the release of Francis Gary Powers, an American airplane pilot and CIA operative who had been shot down by the Soviets and detained two years earlier, in 1960. With the backing of President Kennedy, Donovan travels to Berlin and arranges for a prisoner swap; in exchange for Powers’s freedom, the U.S. releases Colonel Rudolf Abel, a KGB spy who had been caught in the U.S. several years earlier. 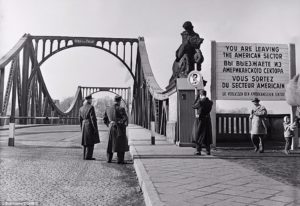 Government officials await Powers’ release in the “spy swap” at the Glienicke Bridge in Berlin, 1962. Tom Hanks’ film “Bridge of Spies” was inspired by the historic Cold War milestone. [Photo courtesy of CIA.gov]

Sept. – Dec. 1962 – Without ‘official’ diplomatic status (behind the scenes, the CIA and Attorney General Robert Kennedy were overseeing Donovan’s missions), James Donovan persuades Fidel Castro to release 1,163 Cuban exiles who were captured during the Bay of Pigs Invasion in 1961.

1963 – James Donovan uses the clout he’s established with Castro, traveling to Havana to negotiate the release of several dozen American citizens who are being held captive in Cuban jails. 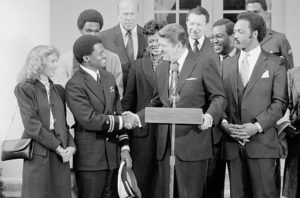 Sept. 1990 – Rev. Jesse Jackson persuades Iraqi President Saddam Hussein to relax bureaucratic restrictions, paving the way for women and children detainees to be released. As a result of Jackson’s efforts, over 700 foreign women and children who were detained in Iraq and Kuwait return home to the U.S.

Nov. 1990 – Following Jesse Jackson’s trip two months prior and over the objections of then-President George H.W. Bush, Muhammad Ali travels to Iraq to secure the release of 15 remaining American detainees.

1995 – New Mexico congressman Bill Richardson travels to Iraq, where he negotiates with Saddam Hussein to secure the release of two U.S. oil workers who wandered over the Iraq-Kuwait border.

July 1996 – New Mexico congressman Bill Richardson helps to secure the release of Lia McCord, an American woman, who was detained in Bangladesh for carrying heroin.

1999 – Against the urging of the White House, the Rev. Jesse Jackson travels to Serbia and negotiates the release of three U.S. soldiers detained in Belgrade.

2006 – New Mexico Gov. Bill Richardson meets with Sudanese President Omar al-Bashir. Richardson persuades Bashir to release an imprisoned American journalist who had entered the country without a visa in an attempt to report on the genocide in Darfur.

2009 – President Bill Clinton travels to North Korea on an “unofficial humanitarian mission,” negotiating the release of journalists Euna Lee and Laura Ling. The women were captured by North Korean soldiers while filming a documentary along the China-North Korea border. 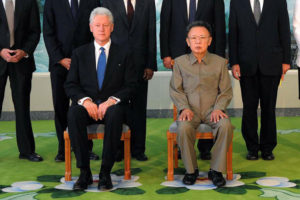 2012 – After the Rev. Jesse Jackson makes a personal plea to Yahya Jammeh, President of the West African nation of Gambia, two Americans serving long prison sentences in Gambia are freed. They return home to the United States.